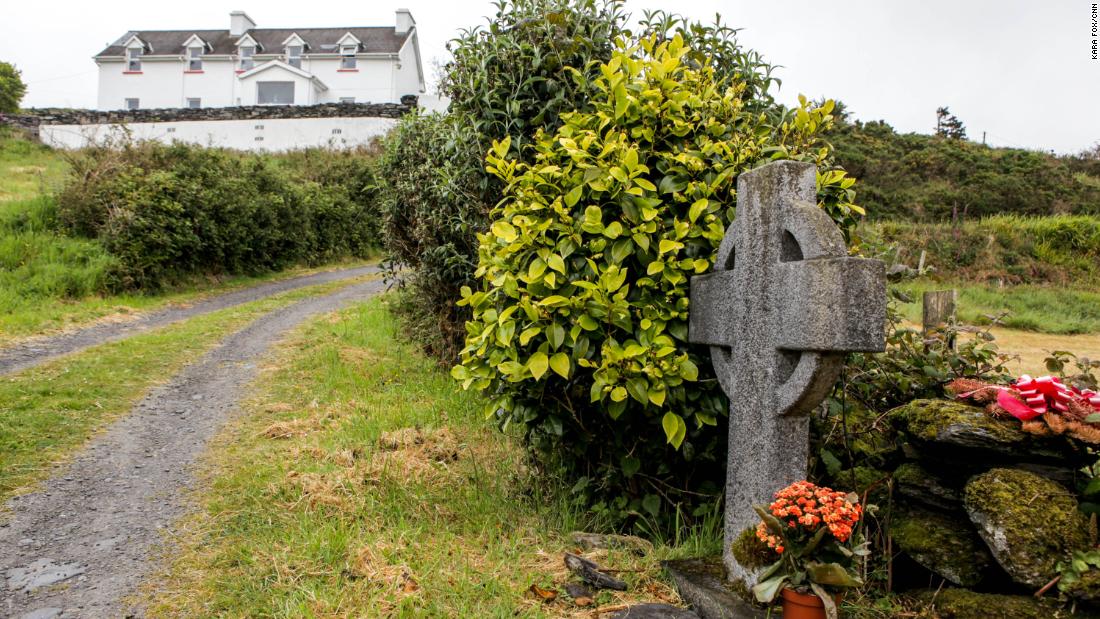 Schull, Ireland (CNN)Perched on a bench in the quiet courtyard of a pub, Ian Bailey is signing a copy of his self-published book of poetry for a young American woman. He then opens a folded paper printout of his latest work.

The poem, “I’m feeling like John Wayne” describes a man aggrieved. The prose is pained and indignant — a mood that’s worlds away from the roar of laughter that flows from inside the packed pub.
Schull, a picturesque fishing village nestled along the craggy coastline of Ireland’s southernmost peninsula, sees a very short tourist season. But today, the rural community of 700 people is enjoying the atmosphere as hundreds flood the streets for its annual international film festival.
The area of West Cork however, is no stranger to foreigners. It’s long served as an outpost for artists from across the globe seeking solace and space, with its holiday homes and winding roads well traversed by wealthy travelers looking to disconnect from the daily grind.
Bailey is one of those “blow-ins,” a local term to describe a person not born in the locality. The Manchester, UK-born former journalist moved to the area in 1991 with a plan to focus on his writing and poetry, enticed by the lure of the area.
So had Sophie Toscan du Plantier, a 39-year-old French television producer who found refuge from her busy Parisian life at her isolated farmhouse on the northern side of the Mizen peninsula, a 25-minute drive from Schull.
It was an area where people would leave their keys in the doors in case a visitor got stuck in the rain but there was no one at home to receive them; a place where children were safe to run errands on their own because everyone knew who “belonged to who,” according to a dozen locals that CNN spoke with.
But all that changed on December 23, 1996, when Toscan du Plantier was found bludgeoned to death near the gate of her holiday home with some 50 wounds found on her slight frame. 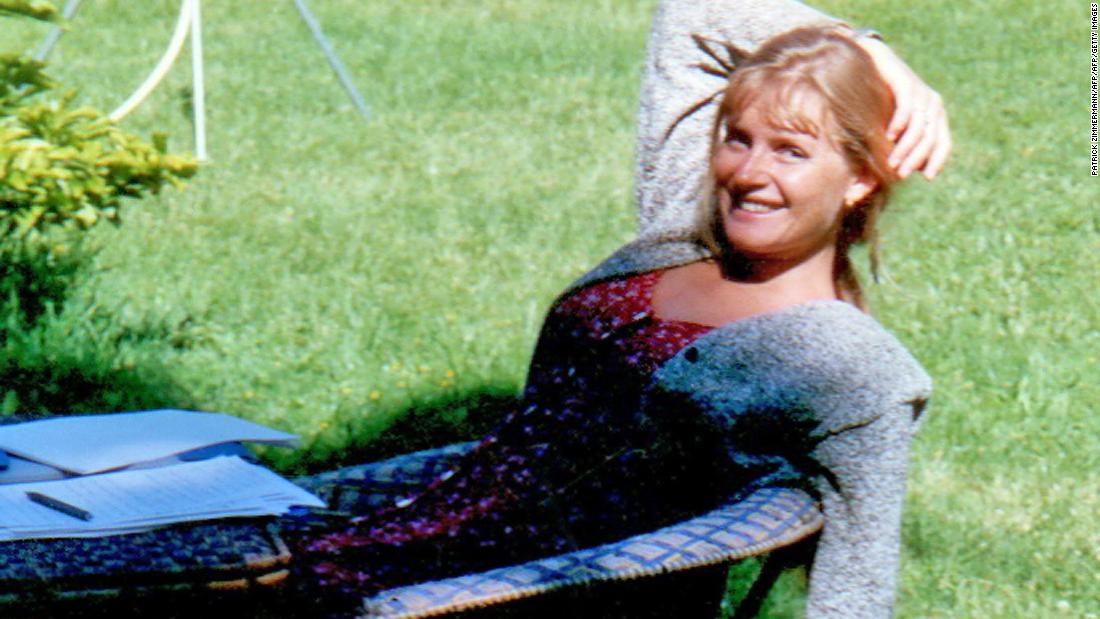 Days after her murder, local police began questioning Bailey, who lived nearby and had been tasked with reporting on the murder for a national paper. He was arrested twice: first in February 1997 alongside his partner Jules Thomas and then again in January 1998.
No forensic evidence linked Bailey — or Thomas — to the scene of the crime, and they were released without charge. Both have denied any involvement in Toscan du Plantier’s death.
Bailey’s actions throughout the ordeal however, created a cloud of suspicion, according to many locals, one that has continued to follow him around West Cork in the two decades since.
Weeks after the murder, Bailey’s editor at the now defunct Sunday Tribune told police that he told her that he killed Toscan du Plantier to resurrect his career. According to police documents Bailey admitted it but said it was a joke.
A 44-page file from the Irish Office of the Director of the Public Prosecution also reveals other alleged informal admissions by Bailey, but also notes that some of those statements were unreliable and that Bailey has always held a public position of innocence.
In the years following his arrests, Bailey alleged he was wrongfully arrested and a victim of police corruption. In 2015, Bailey lost a civil action in the High Court on those claims. A subsequent review by the Irish policing watchdog found problems in the way that Bailey’s arrest was handled, but concluded in 2018 that there was no evidence of police corruption.
No one else has been charged for Toscan du Plantier’s death as the years have passed. 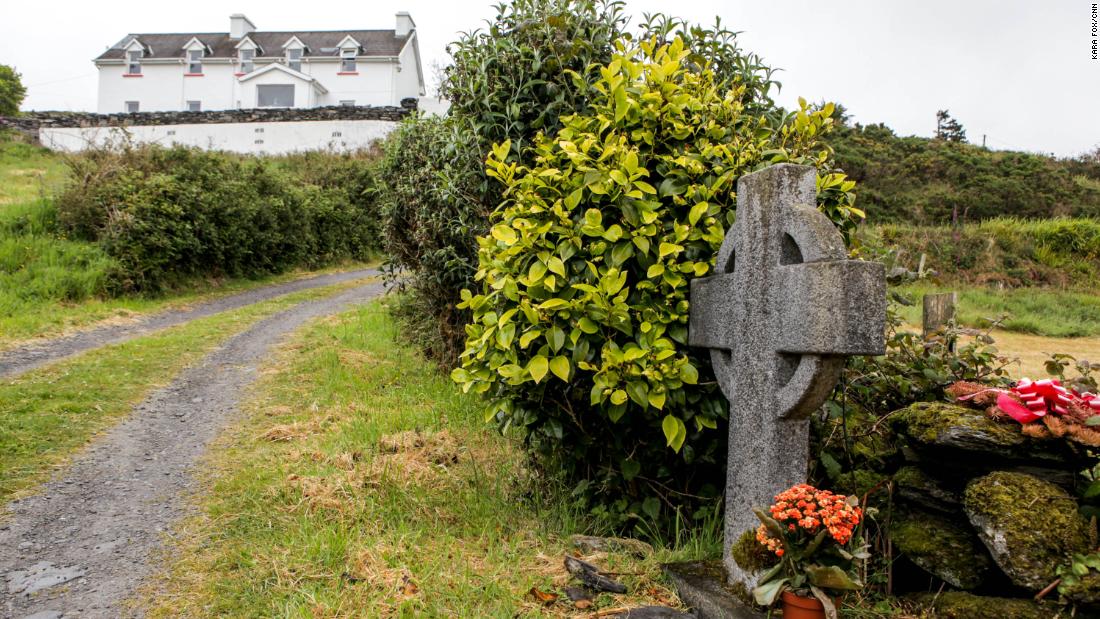 ‘Don’t be surprised if you get arrested’

In Goleen, a tiny village between Toscan du Plantier’s farmhouse and Schull, one woman who asked not to be identified out of concern of potentially being recognized in the small town community, said that after two decades of thinking about it, she still wasn’t sure how she felt — other than uneasy.
“If he didn’t do it, his life has been a nightmare for 20-odd years,” she said. “But if he did do it, he’s gotten away with murder.”
Pete Beleski, a former neighbor and friend of Bailey’s told CNN that Bailey often loved being the center of attention, saying that “there’s a sort of a notoriety he possible enjoys to a degree.” Beleski added that Bailey shouldn’t have been surprised that he was arrested, saying that he knew of a number of occasions in which Bailey had professed — whether serious or not — to having done the crime.
Beleski’s relationship with Bailey was crafted around their mutual love for traditional music. Beleski said it came to an abrupt halt after he bore witness to the aftermath of a brutal domestic violence incident. Six months before Toscan du Plantier’s death, Beleski said that he drove Thomas, Bailey’s partner, to the hospital after Bailey violently assaulted her. The assault Beleski detailed to CNN is one Bailey has publicly admitted to in court proceedings, saying that the domestic violence he had committed against her was to “my eternal shame,” and one that Beleski recounted as a witness.
Beleski says that he hasn’t come to any conclusion about Bailey’s alleged involvement in Toscan du Plantier’s death.
“If we can’t prove it, how can anyone else?” Beleski asked. 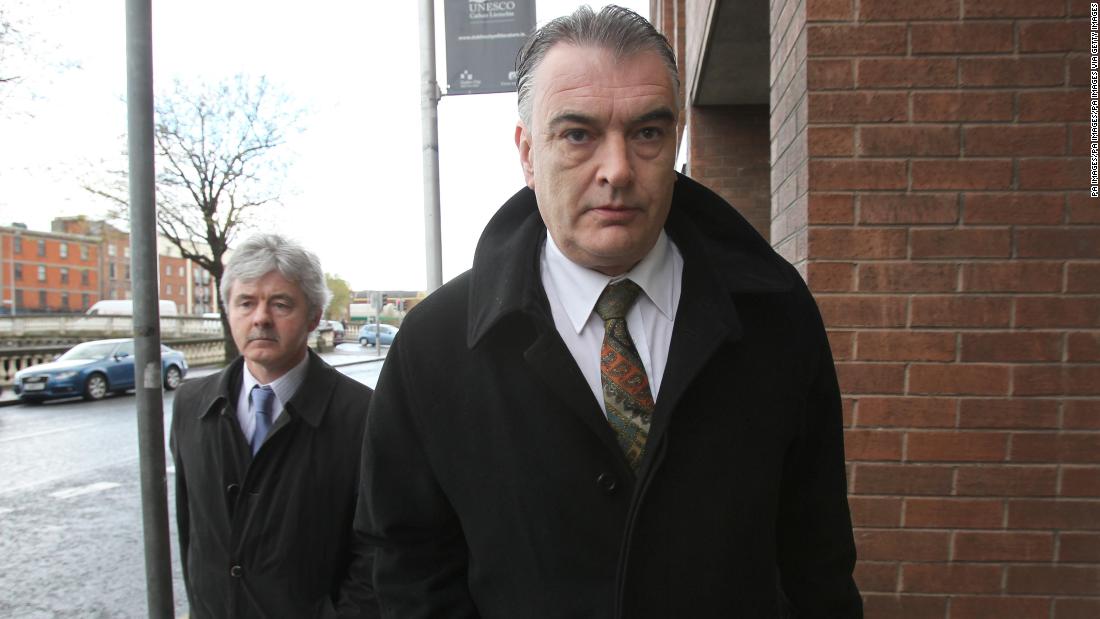 But the French feel differently.
Under France’s Napoleonic law, authorities can investigate crimes against French citizens committed outside of its French borders, although they cannot insist that witnesses travel for questioning.
In 2010, France first tried to bring Bailey before a French court by issuing a European arrest warrant. An Irish High Court ordered that Bailey surrender to France, but Bailey won the right to stay on appeal in 2012, a decision again upheld by the Supreme Court in 2017.
Now, the French prosecution is going a step further. On Monday, Bailey will be tried for murder in absentia in Paris. Toscan du Plantier’s family has long pushed for Bailey to be brought to trial in France.
A judiciary source at the French public prosecutor’s office told CNN that they are basing their case on the testimony of 30 quoted witnesses, five quoted experts and information from a French fact-finding mission. The source would not confirm if any witnesses would be attending in person.
Beleski, who had provided testimony to Irish police, said that he had not been contacted by the French authorities, nor had other former witnesses that he has recently spoken to.

While trials in absentia are not unusual in France, the Bailey case is quite rare, according to legal expert and criminal defense attorney Stephane Babonneau, who is not affiliated with the case.
“It is an exceptional case to have two countries, two justices, two laws, who have (come to) such a different conclusion,” Babonneau told CNN, noting that cases like this happen only once in every four or five years.
Bailey’s Irish solicitor, Frank Buttimer, and his French lawyer, Dominique Tricaud, said they will not being attending the trial, which Buttimer characterized as a “paper exercise.”
Speaking to CNN, Buttimer said that the French system has “no respect” for the Irish judiciary, who has twice dropped charges against Bailey. He believes the French prosecution has already made a decision and a ruling will be made in the time it takes for the “rubber stamp to hit the page.”
The judiciary source at the French public prosecutor’s office said, “It isn’t a show trial, it is a trial that needs to happen because it is part of French law.”
“Justice does not stop in France,” he added.
The strategy on the part of the local Irish police to have Bailey ostracized was a device used back in 1996 and 1997, when they targeted him as the killer, Buttimer said. Part of the ostracizing process was to make people afraid of him, fearful that he might commit the same type of offense so they might say things that might be beneficially to the prosecution, he added.
But that line failed, Buttimer said, noting that the director of public prosecution at the time described evidence gathered by Irish police as “thoroughly flawed and prejudiced.”
“That’s 22 years ago. Yet the French are coming around now using the exact same evidence — nothing new, nothing different,” Buttimer said.
If Bailey is found guilty, France will once again demand his extradition, according to a judicial source at the Paris prosecutor’s office. 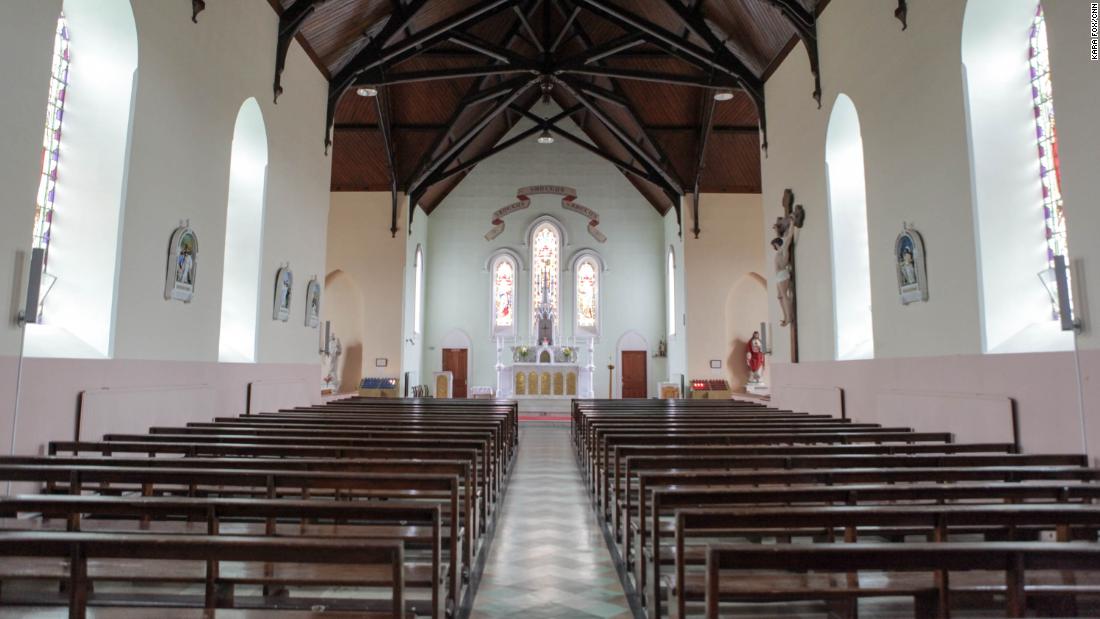 Toscan du Plantier’s son, Pierre Louis Baudey Vignaud, who was 15 at the time of his mother’s killing, told CNN that he “cannot imagine Ireland not moving if there is a condemnation is France.”
“Little by little, the noose is tightening. The French justice will be an important guide,” he added.
Last week, Vignaud attended a memorial mass in Goleen, where he urged local witnesses to travel to Paris to testify at the upcoming trial.
A woman from Goleen who asked to remain anonymous, said while she understood Vignaud’s pain, the “pulpit is not a place for this,” a sentiment expressed by a handful of other locals CNN spoke to in Schull.
And while securing a conviction in France might provide some closure for Toscan du Plantier’s family, many people in West Cork say that it wouldn’t change their feelings either way.
At O’ Sullivans Bar in Crookhaven, a 15-minute drive from Toscan du Plantier’s holiday home, and one of the last places she was seen before her murder, owner Billy O’Sullivan says there’s nothing left to say.
“Even if they try and prove him guilty, how does that change anything if they can’t get at him?” O’Sullivan asked.
Another local, who declined to give his name, said that “an unsolved murder is an open sore in a small community,” but that a conviction in France would not close that wound. “It’s a fig leaf for the French,” he added.
Back in the pub in Schull, Bailey says he doesn’t want to talk about Monday, noting that he’s focusing on his poetry and ways to stay calm. For more than 22 years he’s been in the public eye, and he knows that next week’s trial will turn the spotlight on him once again.
“I’m going to get buried,” he said.

With our powerful subliminal messages you can do exactly this in just 20 minutes a day. With our 250+ subliminal mp3s you can prog[...]
Read More
⇛ view similar products
Powerful Subliminal Messages

With our powerful subliminal messages you can do exactly this in just 20 minutes a day. With our 250+ subliminal mp3s you can prog[...]
Read More
⇛ view similar products
Athletic boot camps

The Complete Debt Relief Manual is your blueprint for keeping your money in your pocket and getting debt free, fast,and then repai[...]
Read More
⇛ view similar products
Are you worried about your debt?

The Complete Debt Relief Manual is your blueprint for keeping your money in your pocket and getting debt free, fast,and then repai[...]
Read More
⇛ view similar products