Attack on vessels, one bound for US, follow warnings Iran or proxies could target shipping 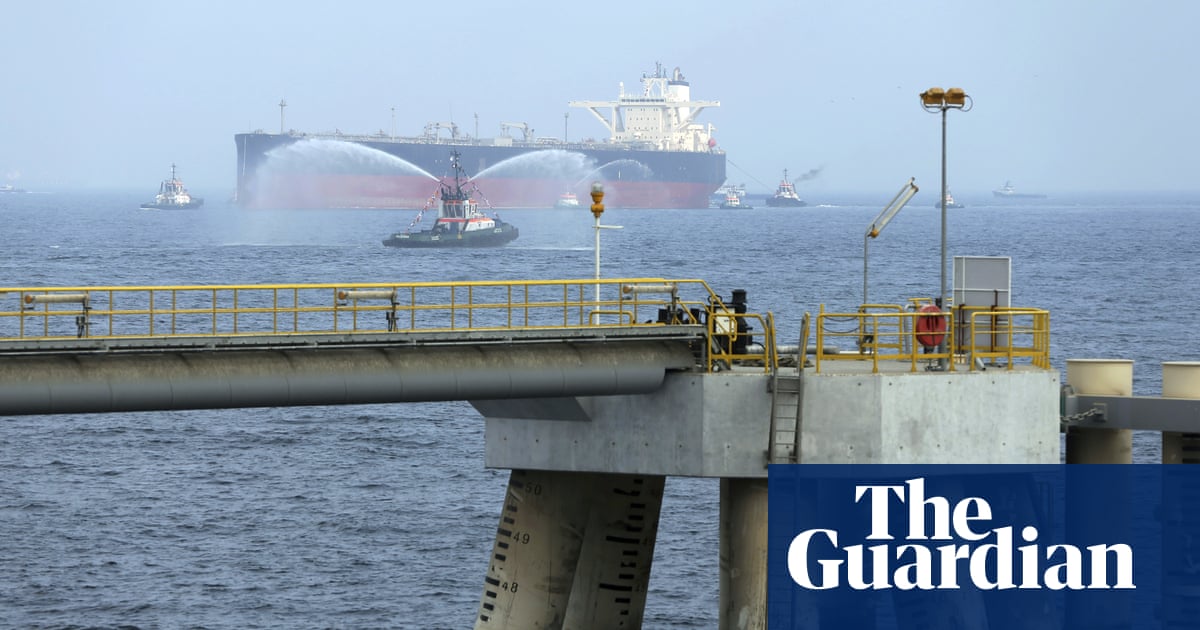 Saudi Arabia has said two of its oil tankers have been damaged in mysterious sabotage attacks in the Gulf, as the US secretary of state, Mike Pompeo, held emergency talks with his European counterparts about mounting tensions in the region.

The United Arab Emirates said on Sunday that four commercial vessels had been sabotaged near Fujairah emirate, outside the Strait of Hormuz. The UAE did not give the ships nationalities or any other details about the vessels ownership, but Riyadh identified two of them as Saudi, and a Norwegian company said it owned another. The fourth ship was reportedly the A Michel, a storage tanker flagged in Sharjah, one of the UAEs seven emirates.

Escalating rhetoric in the region and in the US has raised fears of a confrontation between Iran and the US, which is backed by its key Gulf allies, Saudi Arabia and the UAE. The US state department billed Pompeos talks in Brussels as a chance to discuss recent threatening actions and statements by Iran.

No side has taken responsibility for the alleged acts of sabotage. Iran called for an investigation into the incident and spoke of adventurism by foreign players to disrupt maritime security.

The Saudi energy minister, Khalid al-Falih, said the incident involving the two Saudi-owned vessels occurred on Sunday at 6am. Riyadh had yet to produce photographic evidence of damage.

Thome Ship Management said its Norwegian-registered oil products tanker MT Andrew Victory was struck by an unknown object. Footage seen by Reuters showed a hole in the hull at the waterline with the metal torn open inwards.

The cause of the damage and type of weapon used remains a mystery. If the cause was a device in the water, the only reported and comparable use of such devices in the region recently has been the deployment by Houthi rebels of naval mines, several dozen of which been deployed in the conflict in Yemen, including at least one improvised sea mine.

Houthis have also targeted Saudi oil facilities with missiles in the past including four missiles fired at the Saudi Aramco facilities on the Red Sea last year.

Jeremy Hunt, the UK foreign secretary, called for calm in the Gulf, as he said there was a danger of conflict erupting by accident.

A Saudi government source said: This criminal act constitutes a serious threat to the security and safety of maritime navigation and adversely impacts regional and international peace and security.

Falih said one of the two Saudi vessels was on its way to be loaded with Saudi crude oil from the port of Ras Tanura, to be delivered to Saudi Aramcos customers in the US. Fortunately, the attack didnt lead to any casualties or oil spill; however, it caused significant damage to the structures of the two vessels, he added.

Fujairah port is the only Emirati terminal located on the Arabian Sea coast, bypassing the Strait of Hormuz, through which most Gulf oil exports pass. Almost all oil exports of Saudi Arabia, Iraq, UAE, Kuwait, Qatar and Iran itself at least 15m barrels per day are shipped through the strait. The worlds largest crude oil storage centre is also being built in Fujairah.

Iran has repeatedly threatened to close the strait in the case of a military confrontation with the US. The US has largely dismissed the threat, but has dispatched an aircraft carrier to the region as President Donald Trump seeks to isolate Tehran by cutting off its oil exports after pulling out of a 2015 deal aimed at curbing Irans nuclear programme.

Adding to the sense of confusion, the UAE had on Sunday categorically denied reports on Iranian and pro-Hezbollah Lebanese social media of massive explosions in oil tankers off the coast of Fujairah, whose port on Monday was calm with no signs of damage.

The increasing tensions come after Iran said on Wednesday it had stopped respecting limits on its nuclear activities agreed in 2015 with the US, the EU, China and Russia. Tehran said it was responding to the failure of the EU to combat sweeping unilateral sanctions that Washington has reimposed since it quit the agreement one year ago.

The German foreign minister, Heiko Maas, said he had told Pompeo during their Monday meeting: We do not want it to come to a military conflict [between the US and Iran].

Maas avoided any public criticism of Washington, saying both sides wanted to ensure peace in the Middle East. But he said it was clear that Europe and the US were going about it in different ways … taking different courses.

Before his meeting with Pompeo, Frances foreign minister, Jean-Yves Le Drian, urged Europeans to remain united in support of the nuclear deal, which was signed by the US, Britain, France, Germany, China and Russia, and which the EU helped to negotiate.

Each module includes an illustrated ebook that corresponds with the video. Every step and concept is clearly illustrated and descr[...]
Read More
⇛ view similar products
Small Claims Processing Enter A Quite Rewarding Career And The Possibilities Are Endless For Expansion And Growth In The Judgment Recovery And Small Claim[...]
Read More
⇛ view similar products
Small Claims Processing

Enter A Quite Rewarding Career And The Possibilities Are Endless For Expansion And Growth In The Judgment Recovery And Small Claim[...]
Read More
⇛ view similar products