The pictures showed two transgender women smiling in the sunlight; a black, plus-sized Instagram star grinning from a magazine cover; a disabled model posing with a phone; an intersex activist laying in a wreath of paper hearts.

All were advertisements for Salty, a digital sex and dating publication that centers women, transgender, and nonbinary peopleparticularly people of color, plus-size models, and other bodies usually beyond the margins of mainstream feminist magazines. But according to Instagram, the images were actually advertisements for escort services and had no place on the platform.

Over the last six weeks, Instagram has rejected Saltys ads over and over again. Instagram finally overturned its decisions on Wednesday night, but only after Salty spoke out on Twitter and drew attention to the situation. Saltys founder believes the incident speaks to a broader technological bias against women, the LGBTQ community, and people of color.

I started trying to advertise four to six weeks ago, Claire F., Saltys founder told The Daily Beast. I posted one and it was rejected on the grounds of promoting escorting. I was like, thats trash. But at Salty were very used to having to navigate all these roadblocks.

Instagrams system flagged Saltys ads automatically, deciding that they promoted escort services without any apparent human oversight. An Instagram spokesperson who spoke with The Daily Beast described the rejections.

Every week, we review thousands of ads, the spokesperson said, and at times we make mistakes. We made mistakes here, and we apologize to Salty. We have reinstated the ads, and will continue to investigate this case to prevent it from happening again.

The rejections were the result of a cascading series of strikes against Salty. Instagram is owned by Facebook, where Salty was erroneously flagged as being in violation of a sexual solicitation policy, the spokesperson said.

That flag was algorithmic, the spokesperson added. Facebook uses artificial intelligence to report pages it suspects might be breaking its rules against sex work, which forbid content [that] facilitates, encourages or coordinates sexual encounters between adults.

Since launching last year, Salty has repeatedly found itself at odds with social media platforms. One of the digital publications magazine-style covers featuring plus-sized model Amber Wagner was removed from Instagram without explanation, and was only reinstated after other media outlets commented on the deletion, Claire said.

Salty also had trouble finding a company willing to host its newsletter, which it relies on to connect to readers in a digital-only environment. Mailchimp banned Salty right away. Another newsletter service, Constant Contact, gave Salty a list of edits they needed to make to its content before sending it out to readers.

In one battle that tested Instagrams rules against pictures of womens nipples, Salty promoted a topless cover shoot with non-binary model Rain Dove. Instagram initially removed the picture, but eventually reinstated it after a viral social media campaign noted that Dove is not a woman.

Claire argues that Playboy and other publications featuring models and sex tips with a mainstream aesthetic dont face the same barriers.

You dont see these images on Playboys Instagram, or so many other accounts that feature skinny, cis, white women, she said. They get away with all kinds of stuff. But its such a nightmare for us to navigate.

This is an example of this phenomenon, she said. It shows an implicit bias in the algorithm that detects the digital world were living in here.

Salty and Instagram plan to meet to discuss the advertising bans, both parties told The Daily Beast. Claire said she hopes the conversation will be a chance to change the way the platform looks at the groups Salty spotlights.

Anybodys presence that doesnt fit into the code or doesnt benefit them gets omitted, not necessarily intentionally, but through their own bias. Its really important that we keep fighting to be seen and not be written out of the code. 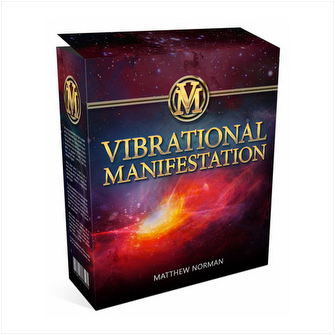 The single most important key to living your dreams is to understand the power of vibration to attract the things you want in lif[...]
Read More
⇛ view similar products
A Guaranteed Way To Wealth

Why The Rich REALLY Keep Getting Richer And How YOU Can Cash In On Their Secret To Get As Much Money As You Want Now and Forever L[...]
Read More
⇛ view similar products
A Guaranteed Way To Wealth

Why The Rich REALLY Keep Getting Richer And How YOU Can Cash In On Their Secret To Get As Much Money As You Want Now and Forever L[...]
Read More
⇛ view similar products
Training for rock climbing