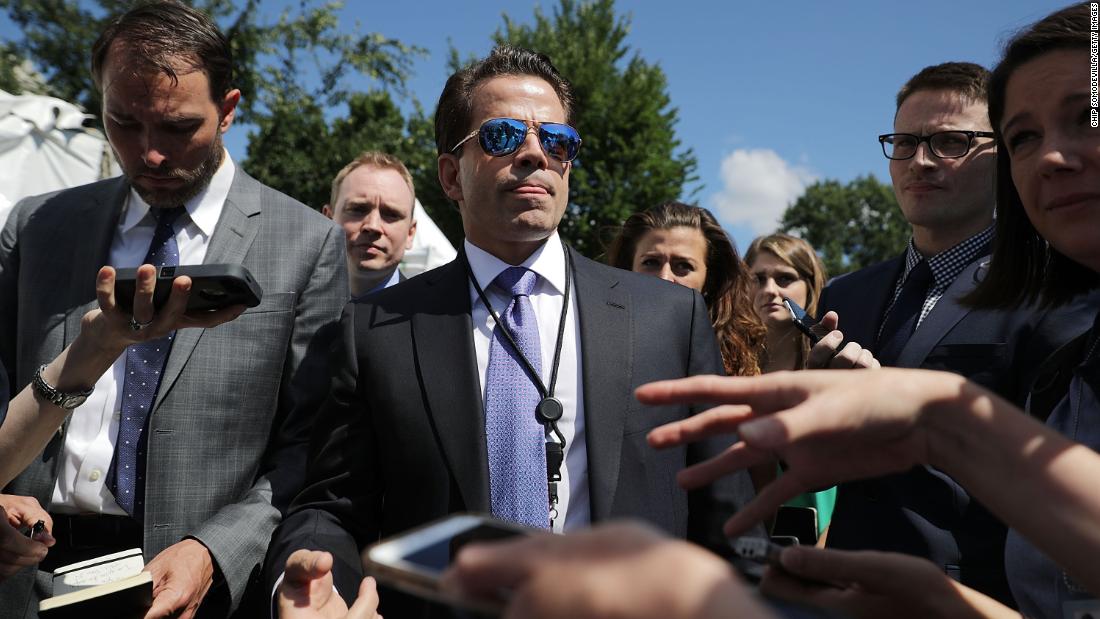 “The guy’s actually dissembling a little bit, and he’s sounding more and more nonsensical,” Scaramucci said on “New Day.” “And, you know, we’re sort anesthetized to it.”

In a tweet shortly after that CNN interview, Scaramucci wrote this:
“To those asking, ‘what took so long?’ You’re right. I tried to see best in @realDonaldTrump based on private interactions and select policy alignment. But his increasingly divisive rhetoric – and damage it’s doing to fabric of our society – outweighs any short-term economic gain.”
Scaramucci is entitled to his own opinion. But not his own facts. And the facts simply do not line up with the idea that Trump’s rhetoric is getting worse or more divisive — particularly of late. The facts suggest that Trump has always been exactly the person he is today. There’s no meaningful change — for the better or the worse — in his behavior. Trump is, quite simply, just being Trump.
Consider this: Two years ago today, white nationalist marchers in Charlottesville, Virginia, created a riot that left a woman — Heather Heyer — dead. In the wake of that incident, Trump blamed “both sides” — the white supremacists and those who organized a counter-protest to them — for Heyer’s death.
“You had a group on one side that was bad and you had a group on the other side that was also very violent. Nobody wants to say it, but I will say it right now,” Trump said at the time.
Not enough for you? How about these:
* Trump attacked a Gold Star family that spoke at the Democratic National Convention in 2016
* Trump mocked and impersonated a disabled New York Times reporter
* Trump said Mexico was purposely sending rapists and criminals to the United States
* In an audio recording of an “Access Hollywood” interview, Trump made a series of misogynistic comments about women
* Trump said the late Sen. John McCain wasn’t a war hero because he had been captured by the North Vietnamese
* Trump said that there was “blood coming out of her wherever” in reference to then-Fox News anchor Megyn Kelly’s treatment of him in a 2015 debate
* Trump said an American-born judge of Mexican descent had a conflict of interest in a case related to Trump University because the President had pushed for a wall to be built on our southern border.
* Trump alleged, without proof, that 3 to 5 million illegal votes had been cast in the 2016 election
There’s more. So much more. But you get the idea.
What Scaramucci is doing is trying to soothe his own conscience. Trump wasn’t always this bad! Therefore, supporting him for as long as I did was OK! Something has changed now! Something big!

The cold reality, of course, is that nothing has changed. Trump is who he has always been. There is no meltdown. There is no “he’s getting worse.”
Scaramucci knows that. He also should know better.