The Americans will have only one player from the All-NBA team on their roster in China. But that could make for an interesting tournament 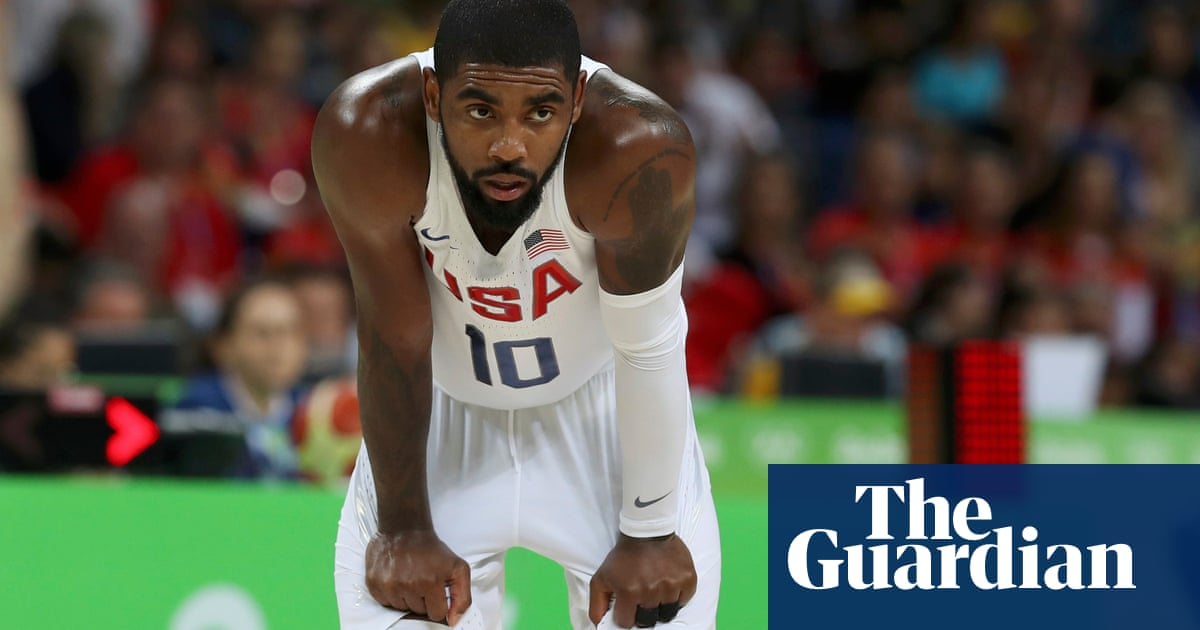 Anthony Davis, LeBron James, Stephen Curry, Kawhi Leonard, James Harden, Kyrie Irving, Damian Lillard, Zion Williamson those are just some of the American superstars you wont be seeing when the Fiba Basketball World Cup starts off in China on 31 August. Thanks to the many NBA stars who have bowed out of this years tournament, Team USA wont quite look like look the ultra-confident world-beaters of the past, even if they are still clear favorites to lift the trophy.

Right now, the US is whittling down the 20-man training camp roster which includes exactly one player who was on last seasons All-NBA team, Boston Celtics point guard Kemba Walker. He joins the Milwaukee Bucks Khris Middleton and the Toronto Raptors Kyle Lowry as one of only three 2019 All-Stars on the roster.

So, whats happening? Why are so many high-profile players jumping off board? Well, firstly, players remember what happened to Paul George in the lead-up to the last World Cup. In 2014, the forward, then with the Indiana Pacers, suffered a gruesome compound leg fracture during a scrimmage that cost him an entire season. George eventually regained his MVP-caliber form, but the incident did show the risk that players take when they agree to play additional games. Its bad enough when injuries happen during the regular season and postseason, but its far more painful when they occur in a tournament which might as well be a glorified exhibition as far as NBA teams are concerned.

Ah yes, the teams. Lets not pretend that this is all on the players. Team USA is at the mercy of 30 NBA franchises who want their players fit and rosters intact. Its particularly messy right now considering the craziness of this years free agency period. Roughly 25% of the players in the league changed teams over the last few months. Some of the players who have dropped out of the World Cup want to adjust to their new teams while others are concentrating on learning to play with new teammates.

Davis, most notably, is now with the Los Angeles Lakers after spending the entirety of his career with the New Orleans Pelicans. Harden has the unenviable task of learning how to play with Russell Westbrook in Houston (although they were once teammates in Oklahoma). Williamson is not only nursing an injury but needs to learn how to adjust to playing in the pros. Its possible that one of the main reasons that Walker has remained on Team USA despite signing with a new team is because he will have the opportunity to develop chemistry with his new teammates Jayson Tatum and Jaylen Brown, who are also on the World Cup roster.

The positive way to spin to the 2019 squad is that its a new beginning. Mike Krzyzewski retired as head coach after winning gold at the 2016 Olympics, and he has been replaced by San Antonio Spurs head coach Gregg Popovich. Kyle Lowry and Harrison Barnes are the only players on the roster who remain from the 2016 team. Carmelo Anthony, Team USAs all-time scorer, asked for a chance to make the roster but was rejected by managing director Jerry Colangelo. While they clearly would prefer to have more established NBA stars playing for them, theres also a feeling that this team is going younger as a long-term strategy.

Theres also a negative way to spin this. The Portland Trail Blazers CJ McCollum has suggested that some players may have dropped out because this team is especially vulnerable to one of those embarrassing loses that affects the US team every decade or so. I think other guys looked at it like, Why would I want to go potentially be the face of what could be a losing roster? McCollum told Adrian Wojnarowski on his podcast. It wouldnt be the first time: the USA failed to make the final in both 2002 and 2006.

Thats unlikely to happen again this time. Even if the 2019 World Cup roster isnt exactly as frightening as teams past, it will still consist nearly entirely of NBA regulars. That will put them at an advantage over other countries, some of which have also been dealing with high-profile dropouts. Most likely, Team USA will win gold and they may not break a sweat while doing so.

And yet theres still that possibility that they could falter. The less-than-ideal US roster means that they are vulnerable. The national team wont be able to just sit back and rely on the likes of James, who hasnt played for the international team since 2012, and Kevin Durant, who likely wouldnt be on the roster even if he werent out indefinitely with an achilles injury. Unlike past tournaments, this wont exactly be Gulliver amongst the Lilliputians.

Is that a bad thing though? This has the potential to be the most compelling World Cup in ages. Other countries are closing the talent gap with the US, and we could see a gigantic upset in China in the month ahead. As counterintuitive as it might seem, the lack of star power in the World Cup could turn this into a must-watch event.